Own Style with Godhuli Films ! 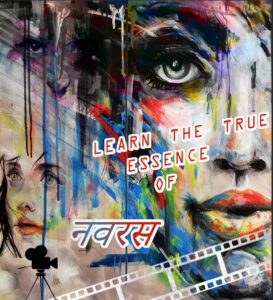 These are the human emotions.
According to Natya Shastra’ there are nine basic
human emotions that are Love ,
Laughter, Anger , Compassion , Disgust ,
Fear, Heroism , Wonder ; the last one was added
later on that is Peace of mind .

According to the one of the oldest scriptures of Hinduism the Natya Shastra , articulated by Bharata Muni , these emotions are used in Bharatanatyam , where each person depicts one of these human emotions . Not only that but it has depicted in Indian artistry also . Rasa has been an influence in the Indian Cinema .

कथाKAAR - The right to write

Godhuli Films and Academy is here to give every and any one, a chance to WRITE, because we believe in “The right to write” .
So unleash the writer within and script out a story.
Introducing a script writing campaign “कथाKAAR” where you need to write a short movie script on ANY topic of your choice and send it to us by 20th June, 2020.
Get back with Name, Fame , E-Certificate and a chance to write for an upcoming movie by Godhuli Films!!!!

Are you trying out hands at script writing? Have you ever thought of working in a film? YOU DREAM , WE CREATE
Fill your paper with the breathing of your heart.
The WORST thing you WRITE,
is better than
the BEST thing
you did not write.
Submit your scripts to us and WIN an opportunity to work as a WRITER for our upcoming movie…….
SO LET YOUR CREATIVITY FLOW AND WRITE ON!!!!!!
We are here to make your dream turn into reality because A SINGLE DREAM IS MORE POWERFUL THAN A THOUSAND REALITIES..

We love to help People Feel Great about themselves.

An acting career is like a marathon. It’s not a sprint.

Discover how to get KEY information to write your script.

Cinematography is the art of photography and visual storytelling.

Acting is the art or practice of representing a character on a stage or before cameras.

An acting career is like a marathon. It’s not a sprint.

Acting is an activity in which a story is told by means of its enactment by an actor or actress who adopts a character—in theatre, television, film, radio, or any other medium that makes use of the mimetic mode.

Script writing (or screenwriting) is the process of writing stories in the screenplay medium. Thinking visually isn’t always easy. Breaking the habit of describing what the characters are feeling doesn’t always come second nature. And knowing how to pace a scene for the screen is equally as challenging. Godhuli Films  provides opportunity to Learn “The 4 Step Writing Formula”Understand how to keep your writing Straightforward & Focused
Learn “The 4 Step Writing Formula”
Discover how to get KEY information to write your script.

Film & Video Editing is both a creative and a technical part of the post-production process of filmmaking. The term is derived from the traditional process of working with film which increasingly involves the use of digital technology. The Film & Video Editor works with the raw footage, selecting shots and combining them into sequences which create a finished motion picture. 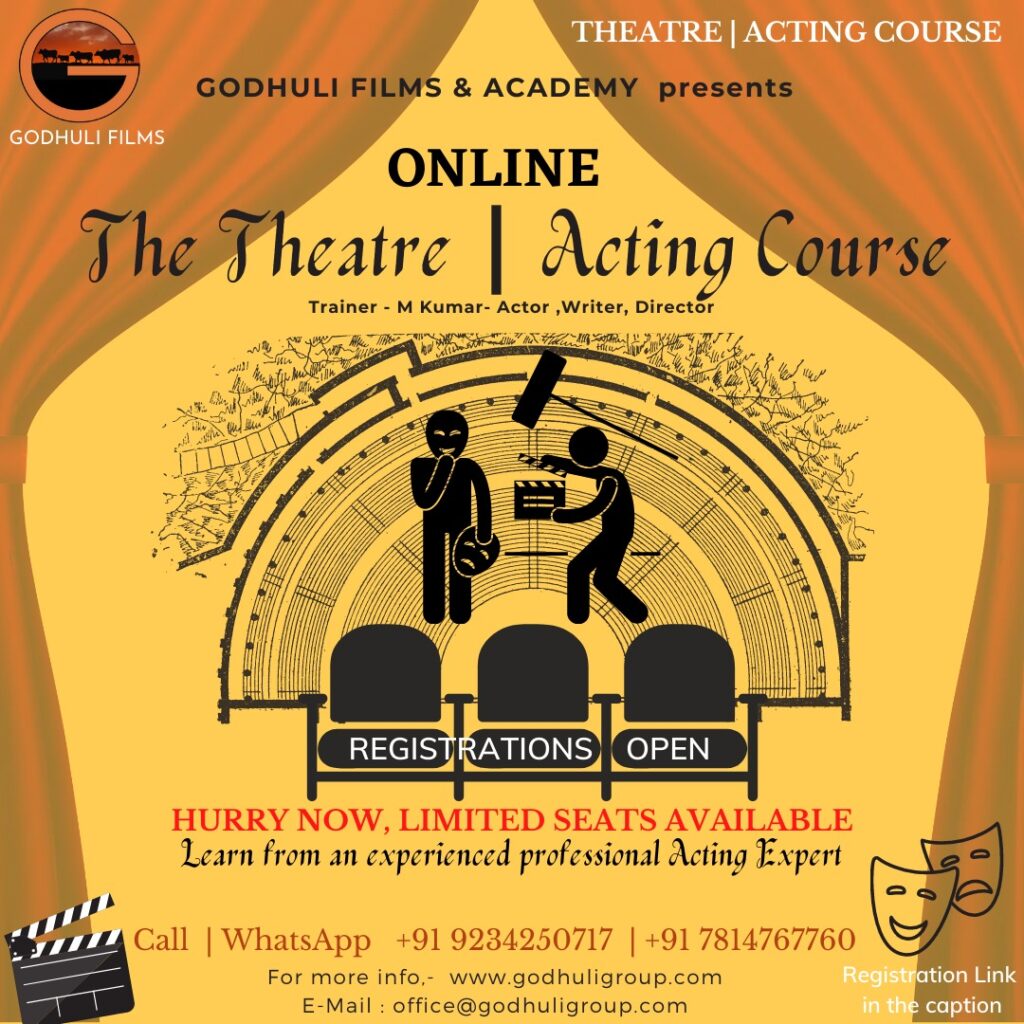 Godhuli Films & Academy presents ‘THEATRE- Acting Workshop’, designed and crafted for Children & Adults.
Everyone should get introduced to Acting, Theatre, Storytelling, Emotions, Film and Performance. Theatre helps us to enhance our Confidence, Improve our presentation skills & Reduce our stage fear & anxiety. Acting will also help us pursue the acting profession in cinemas and theatres’.

Program Description
The course has been designed by an experienced actor and director who has taught theatre for years.
This workshop is based on Nāṭya Śāstra – a Sanskrit treatise on the performing arts. The text is attributed to sage Bharata Muni which covers all critical aspects of theatre. 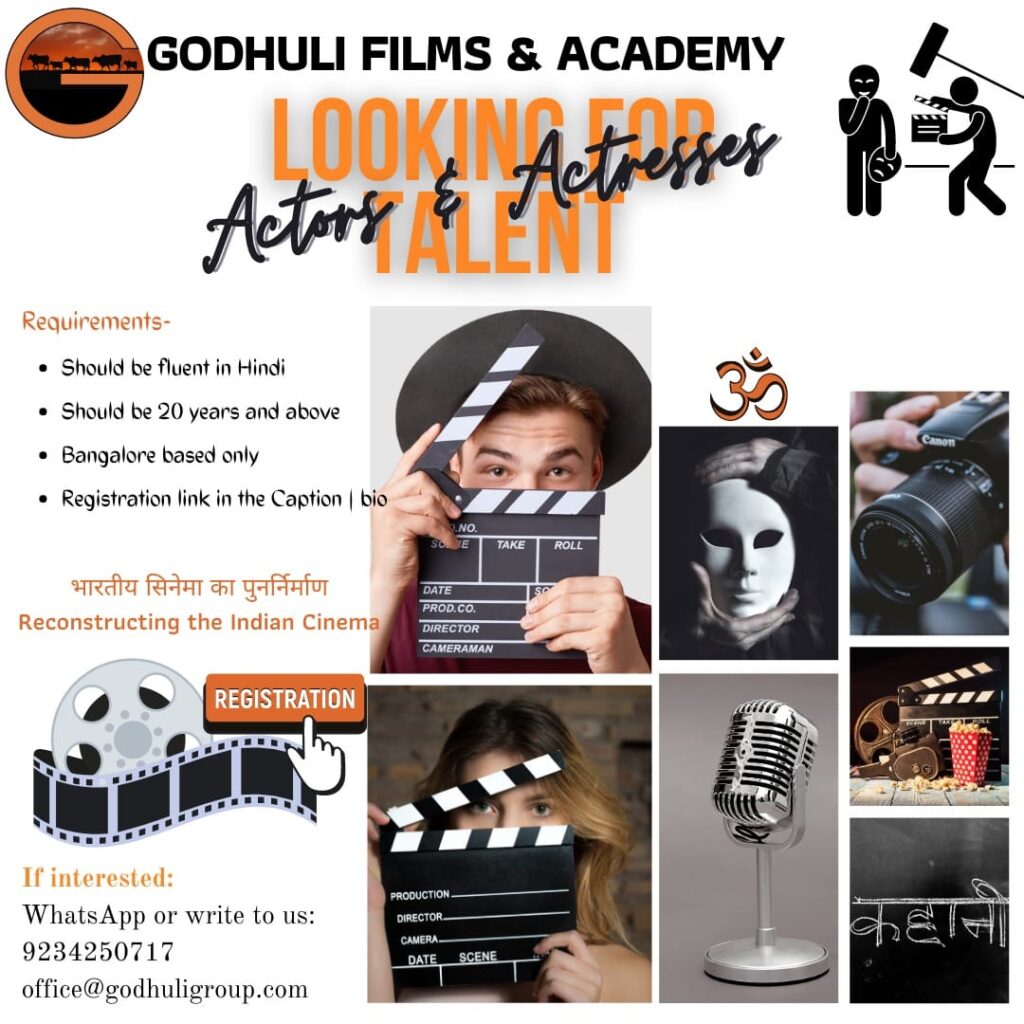 GODHULI FILMS, a wing of GODHULI GROUP is a Film Production company at Bangalore with head office at Jamshedpur, Jharkhand. Here we are looking for Actors and Actresses from Bangalore (who can speak Hindi Fluently) to work in our Films and Web series. Freshers and experienced passionate people of all age groups can fill up the form to enroll themselves as a team member for our future projects.

Namestey to all my viewers! As a writer, director, actor, cameraman and Editor, I accomplished the task of making this film in the year 2017 by a mobile phone camera.

The film may lack some cinematography perfections (as I was practicing cinematography then), but has garnered a lot of appreciations. It has a great message for the society and I have found that it has occupied space in the hearts of all its viewers.

Become a Story/Script writer for Films.

" Godhuli Films & Academy has let me be creative and imaginative since the time I joined the Theatre course. The script, scenes and props are all thought up by us and it is so much fun being able to perform a really beautiful concept. On top of that we also make short films which allows us to explore another side of acting. This too is completely original and creative and we edit our own films which has really opened up room for creativity. I have made some amazing Learnings here which I will treasure. Thank you so much for all the amazing sessions we have had, it has truly been wonderful "